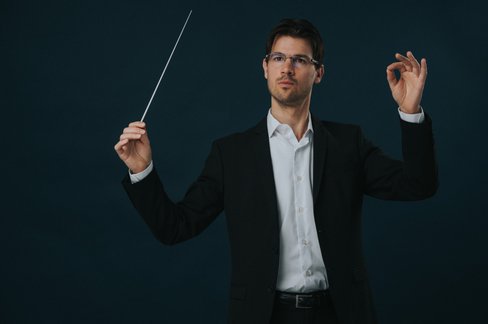 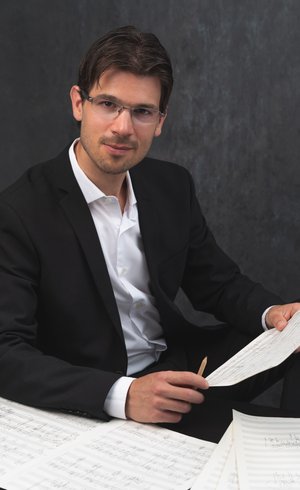 Misha Sporck studied horn (Oldrich Milek) and composition (Roderik de Man) as a young talent student at the Koninklijk Conservatorium of the Hague. As a young composer he won several prizes at competitions, such as a first prize at the Bach-Concours of the Hague (2000) and a second prize at the Prinses Christina Concours (2000). In 2006 he graduated as a bachelor student for horn (Peter Hoekmeijer) and composition (Theo Verbeij and Daan Manneke) at the Conservatorium van Amsterdam.

As a student of Herman Jeurissen he finished his master degree in 2009 after an Erasmus exchange to Berlin, at the Hochschule für Musik, Hanns Eisler with Marie Luise Neunecker. He also studied natural horn with Teunis van der Zwart.

From 2014-2018 Misha studied wind band conducting at the Conservatorium van Amsterdam, with Danny Oosterman and  followed masterclasses with Anno Appelo and Rob Goorhuis.

Besides his work as a horn player, Misha composes for wind band, is a conductor of several wind bands and.is arranging for the Nederlands Blazers Ensemble, the Ricciotti ensemble, Ars Muscia and others. Misha is a member of the Amsterdam Brass Quintet.